Just before my laptop spontaneously combusted a couple of weeks ago, I shot my father’s Escort 1300 Executive. The shoot took place on a chilly winters morning by the seaside. It was a back to basics shoot for me; no lights, rig or tracking shots. Just the 5D2 and two lenses. More after the jump … 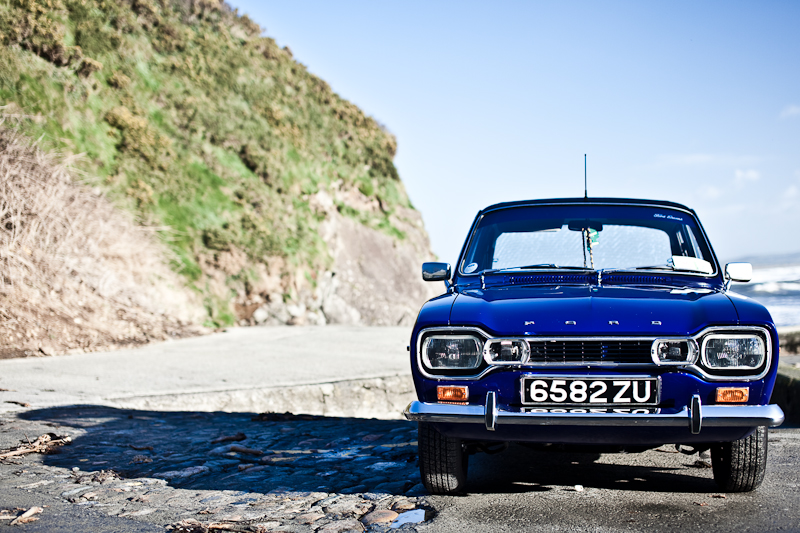 The harsh sunlight didn’t do me too many favours, but it was an enjoyable challenge trying to work through it. 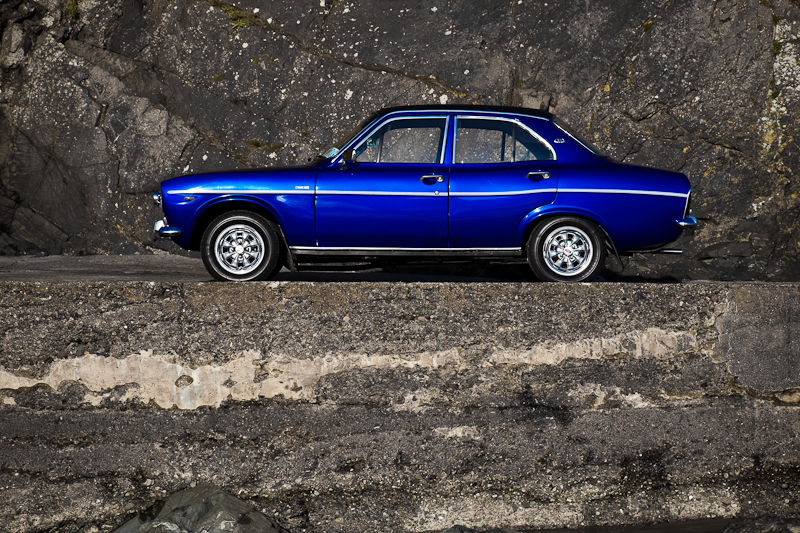 The cliff face provided a nice backdrop for some profile shots. 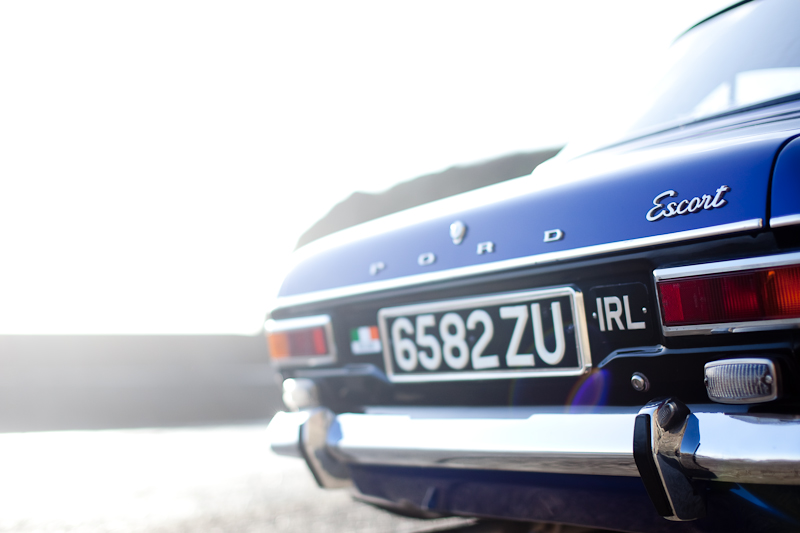 Shooting into the sun was always going to be a challenge, but I tried to harness the light to make some detail shots a little bit more interesting. 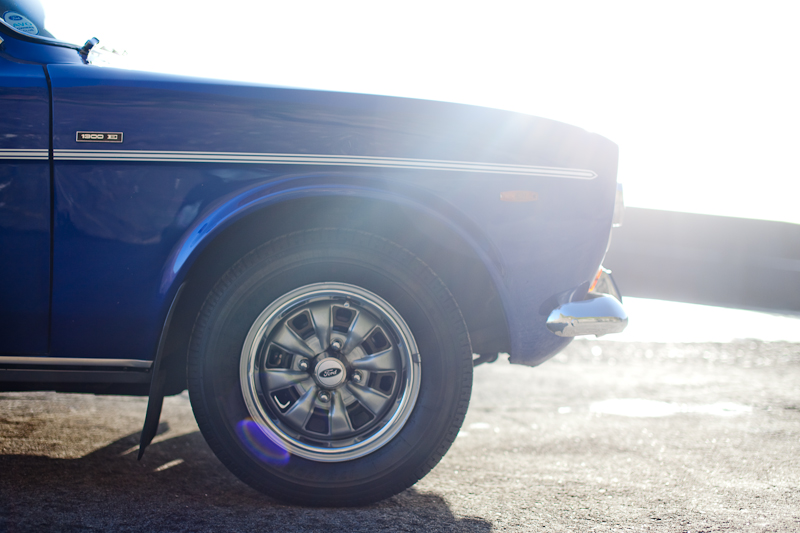 It was tough trying to balance the horizontal lines of the car with horizon line as the car was facing slightly uphill. 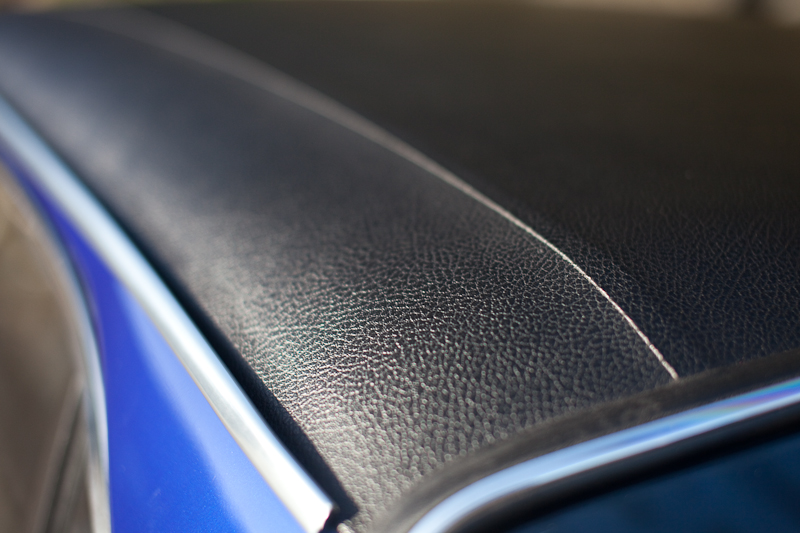 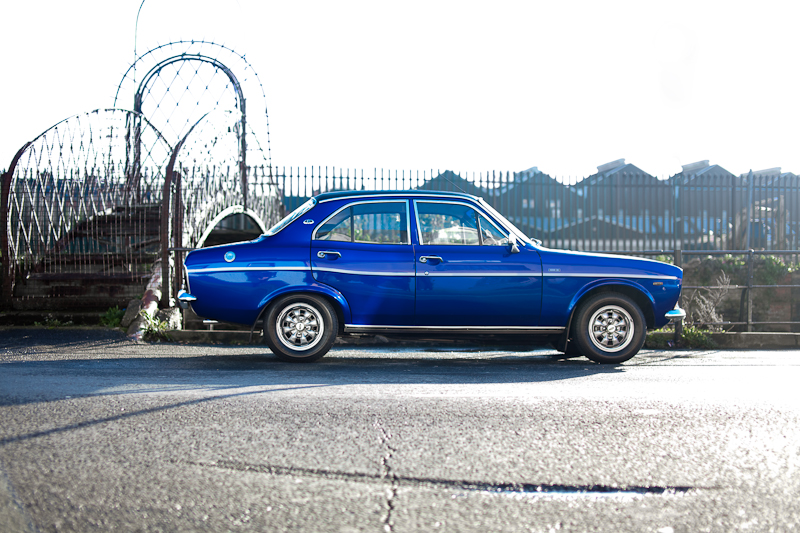 Returning back to the city centre, we parked up for a quick snap beside this old bridge. The houses behind the camera acted as a huge reflector, throwing the light back onto the car.

Think the blue is a touch too strong here but I do like the shallow depth of field and the desaturated background. Lessons to be learned for the next outing.