I guess I can only speak for myself but I would hope that a lot of you can relate to this. No matter the vehicle, I think we will always have a life long attachment with our very first car. It doesn’t matter if it was a good or bad one, there’ll always be a part of us that will have a fondness on some level for the first car we owned. It was that first car that gave us our taste of what true freedom really was. It might have been a banger or it might have been brand new, but the association we retain will be the same. There’s no love like your first love, right?

But my first car wasn’t a car. It was a van. And what a van.

I remember driving it home for the first time, still wearing the previous owner’s dry cleaning business’ graphics on the side. It was a 2005 Volkswagen Caddy 1.9 TDI, which affectionately became known as ‘Sudsy’. This was entirely due to the graphics staying on the van longer than intended, which would take several hours with a machine polisher to finally remove them. My Caddy taught me a lot of driving craft. With 105HP, I needed to learn how to carry speed and to be as smooth as possible if I wanted to retain any sort of momentum. It was also the van that helped me get on my feet when I went into business as a sole trader. It reliably carried me and my camera equipment all around Ireland and the United Kingdom. I have a lot of fond memories of adventures in it. On the other hand, there were some bitter sweet ones too. It was in my Caddy that I helped move my girlfriend to London, where she could finally start the career she deserved, something that just wasn’t possible at the time here in Ireland. It was the beginning of four years living apart in separate countries and a tough time in both of our lives…

It feels a little strange then to be sitting here now, looking back at all this time apart. Because in November of last year, she was able to source a new job here and could finally move home. Plans were made, boats were booked but there still remained the large task of moving four years of her life back across the Irish Sea. Thankfully, Volkswagen Ireland were more than willing to help out. With a large fleet of capable vehicles on offer, I was like a kid in a sweet shop. However, it felt most appropriate, inevitable really, that I should be reunited with an old friend. She moved to London in a Caddy, so she had to come home in one too.

I find it hard to believe that there’s nine years between my old Caddy and the new Caddy Sportline that Volkswagen were kind enough to loan me. As the old adage goes: if it ain’t broke, don’t fix it. Rather than revolutionise the Caddy over the years, Volkswagen have chosen to evolve it and this has resulted in a Caddy that looks similar, but is far more refined than its predecessor. With modern creature comforts including an incredibly useful MFD, electric windows, cruise control and Bluetooth capable of handsfree calling and streaming music, there’s little else you could ask for.

Despite sporting a smaller capacity 1.6 TDI (versus the 1.9TDI in my Caddy) it still makes almost identical power figures whilst being more frugal in the process. Rosslare to London and back on a single tank of diesel? That’s remarkable in anyone’s book. Being a Sportline model, it featured alloy wheels, colour coded bumpers and a rather neat rear spoiler which I could never manage to source for mine, despite my best efforts. The most impressive part of it all though, is the loading area. Despite its relatively small size on the road – perfect for navigating and finding parking in the middle of London – it easily swallowed all of my significant other’s belongings, including items she was convinced would have to be left behind. Okay, it was a bit of a real life Tetris puzzle but the fact remains that nothing was left behind and there was still room for more.

With the van fully loaded, the driving characteristics barely changed on the return journey. It was quieter in the cabin for obvious reasons, but the Caddy carried on without breaking sweat, despite carrying significant weight. Driving several hundred kilometres through the night, we arrived back in Ireland in comfort. I was even lucky enough to hang onto the van for a few extra days, before returning it where I happily used it as a daily driver in place of my 3 Series. Something tells me, that my love affair with the humble Caddy isn’t over just yet. 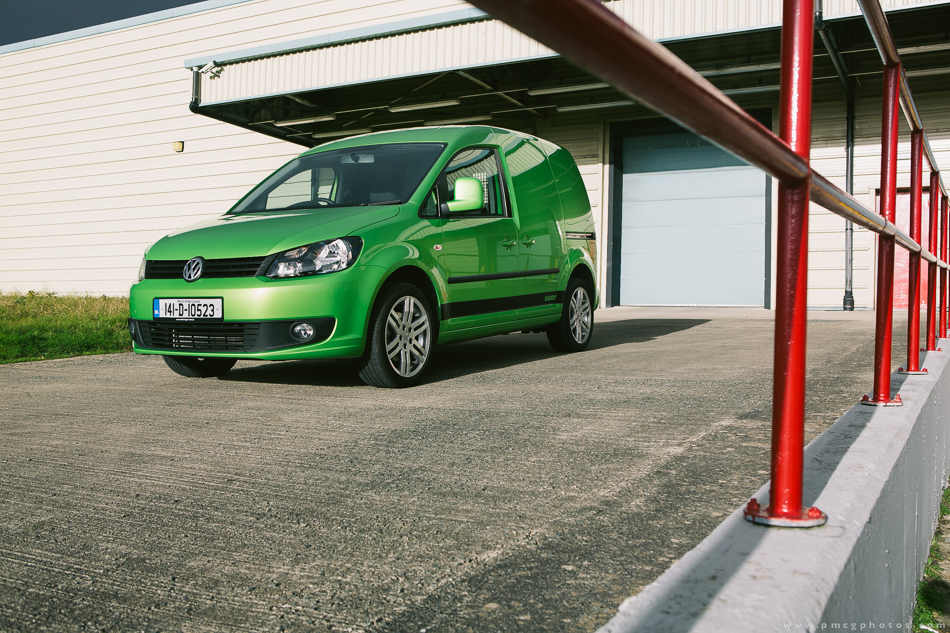 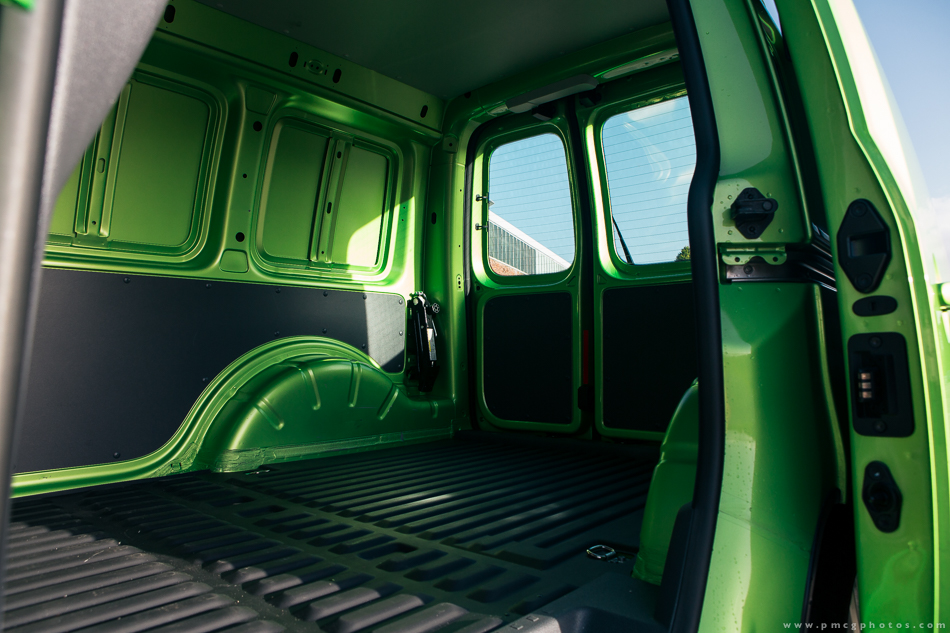 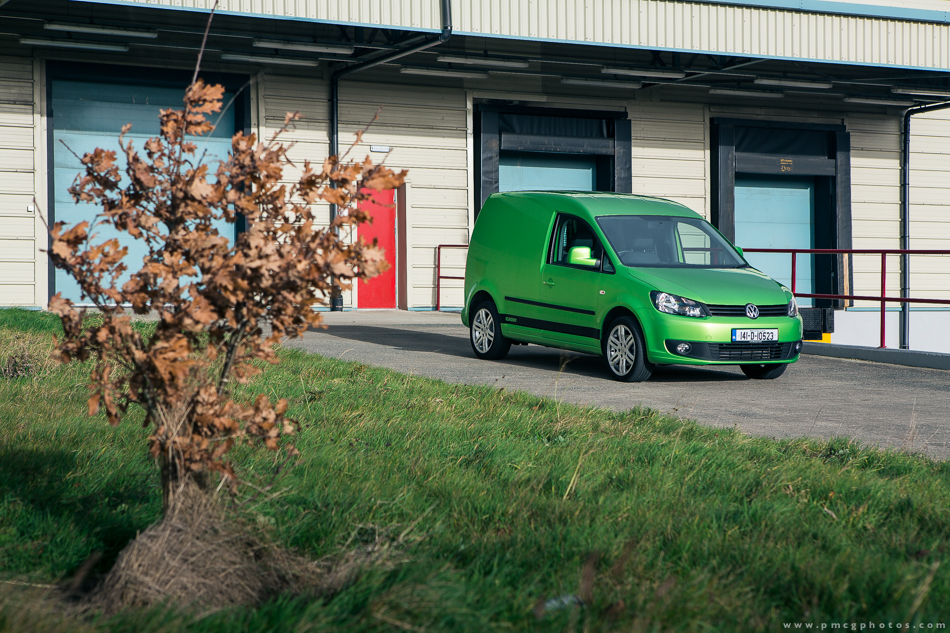 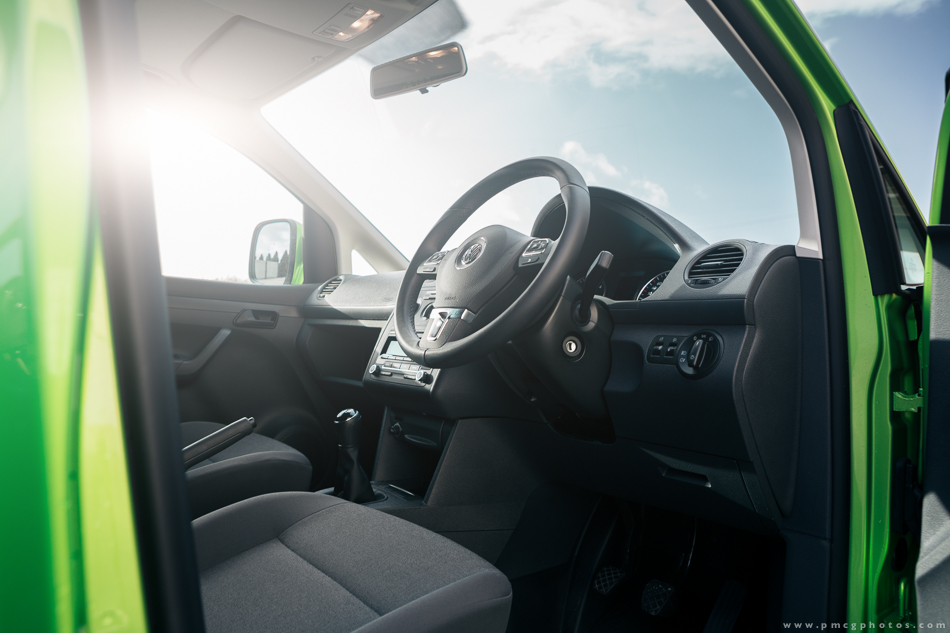 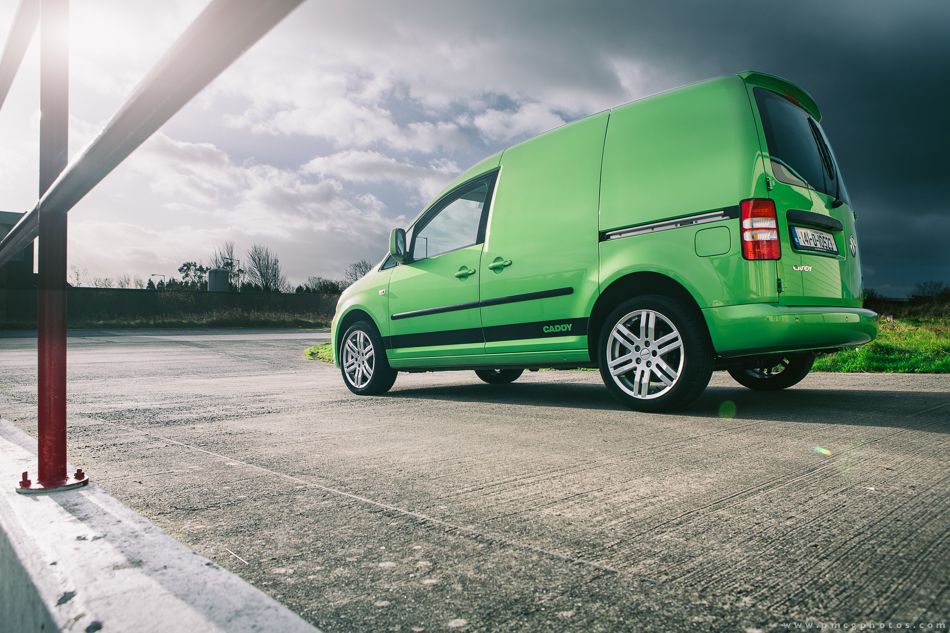