Ready For Anything – Seat Leon X-Perience

Standing at the crossroads at the top of Sally Gap allows an almost unrivalled view of the surrounding countryside. It was late January, and a particular cold spell had gripped the country. The roads up at this altitude were precarious enough, with snow decorating the edge of the road and some sly ice patches which concealed themselves in the shade. With a limited amount of time and quickly fading light, this made the task of navigating the Wicklow Mountains at a brisk pace more challenging than I would have liked. Luckily, the Leon X-Perience’s 4Drive provided a reassuring solid grasp of the road all day, and the awesome dual clutch gearbox – with steering wheel mounted paddles – allowed me to focus on keeping the Seat pointing in the right direction.

However, as the last of the light dropped behind the mountains, a darkness began to creep across the country from the east. Taking this as my cue to head to the relative safety of lower grounds, I begun the decent towards Blessington. I was maybe five minutes on the road before the darkness released a light flurry, which quickly evolving into a full on snow blizzard. I still had a lot of ground to cover with limited visibility and on summer tyres. Wicklow County Council didn’t have the foresight to prepare the roads either, so it really was a case of the Leon against the world.

With its all LED headlights piercing the weather, visibility was reduced to around 20 feet at this point, the car never really felt as if it was uncomfortable with the conditions. Traction was no issue, but with unprepared roads, stopping distances were greatly increased. With this consideration allowed for, the Leon made exceptional progress down the mountain and back into relative civilisation. With soft roaders and lesser cars abandoned by the roadside – including some premium rear wheel drive saloons – awaiting a respite in the weather, I had no issues rejoining the N81 and continuing my journey across towards Naas and Kildare town before turning around and heading to Carlow.

When the sun rose the following morning, the surrounding countryside was covered in a thick coat of white. Having been allowed the opportunity to freeze further overnight, the roads were even trickier than before. The Seat however continued on, unfazed by the conditions. In fact, it reached a stage where I needed to discover just how much it would take the unstick the reliable Spanish estate car. Taking the car onto the backroads and the no-roads that trace their way around the Curragh Camp, I was continually impressed by the car’s abilities in such poor conditions. The car definitely featured a lot more ability than this particular human behind the steering wheel.

Seat’s venture into the go anywhere market is certainly looking like a positive one. 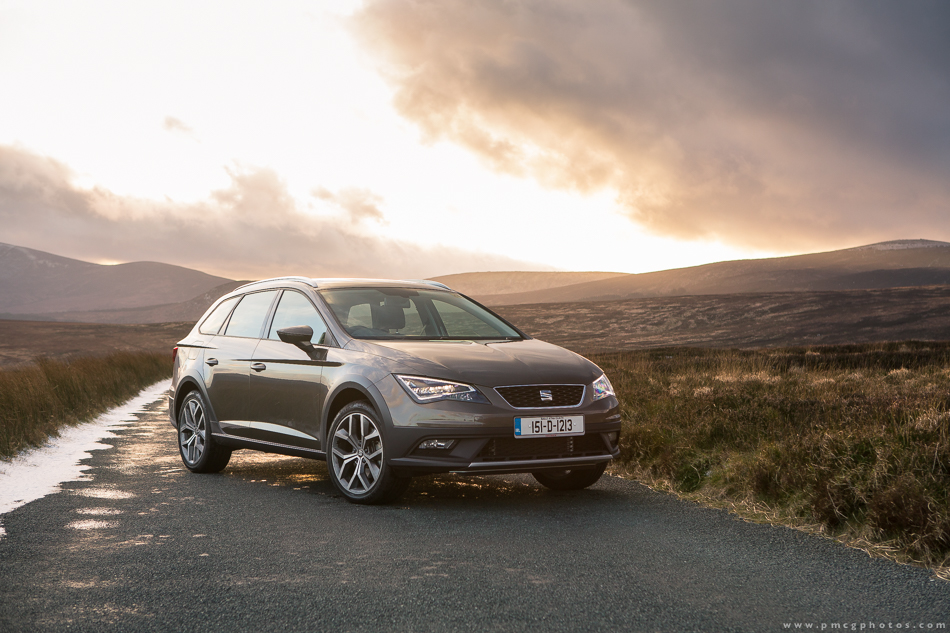 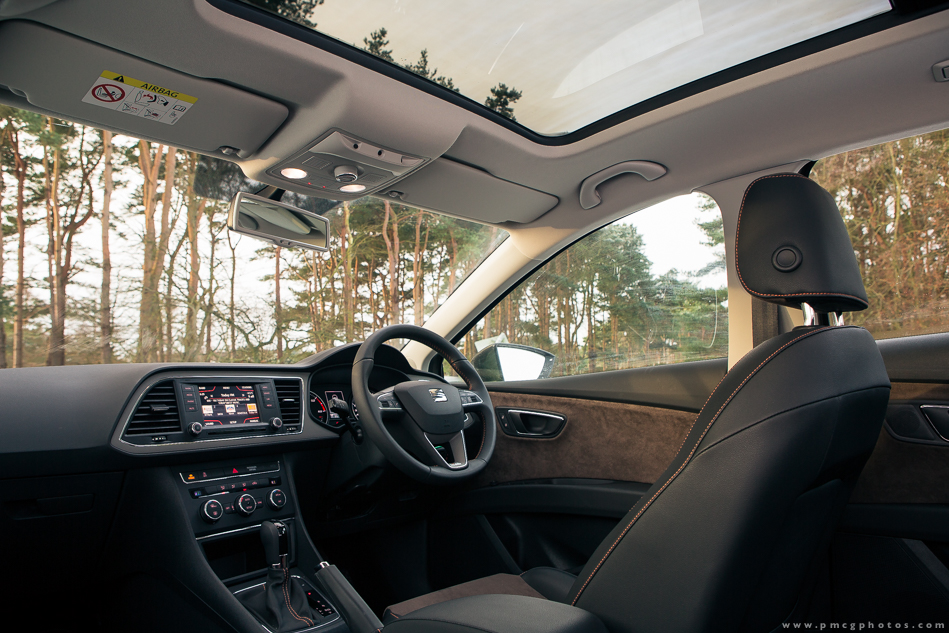 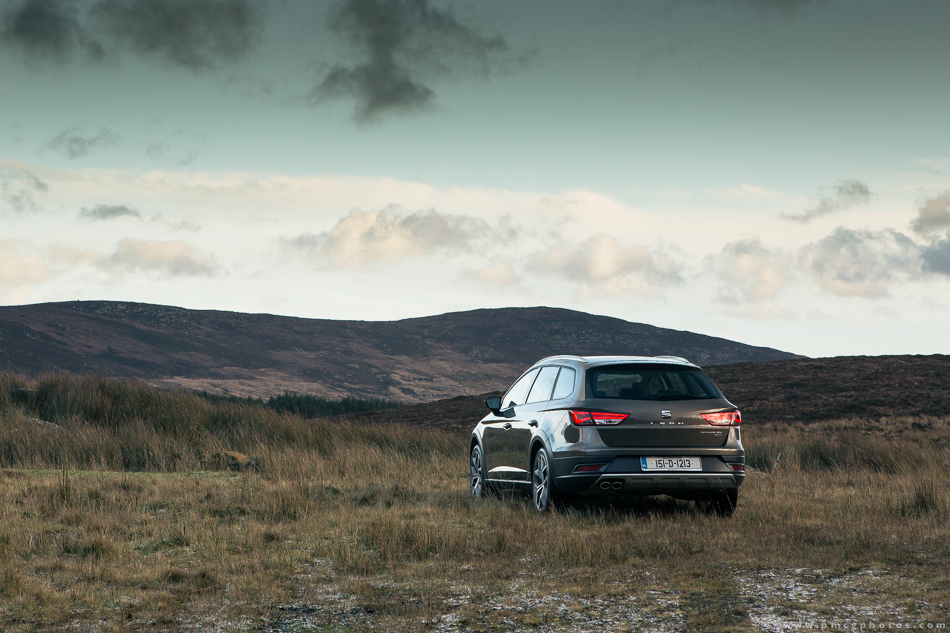 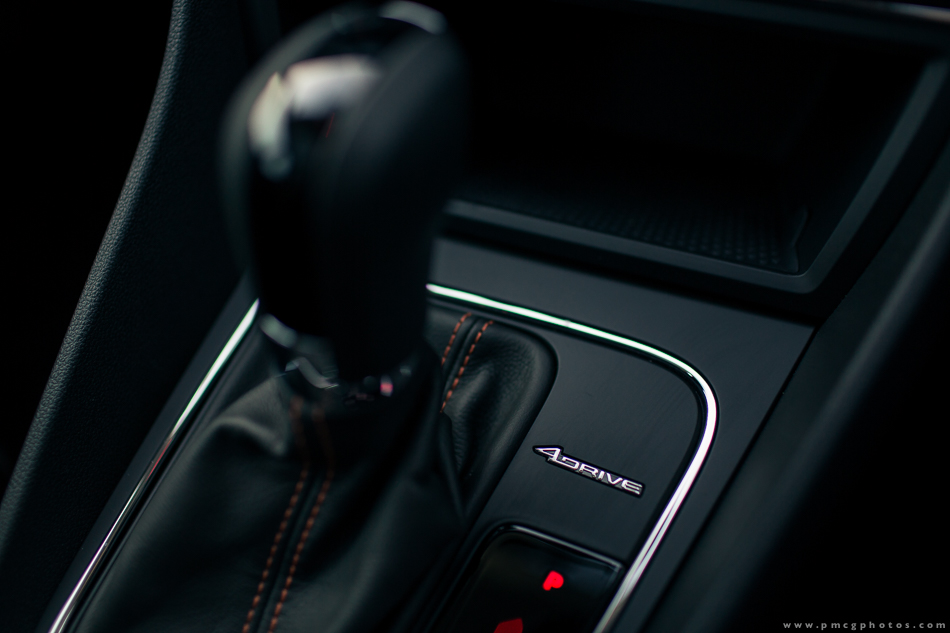 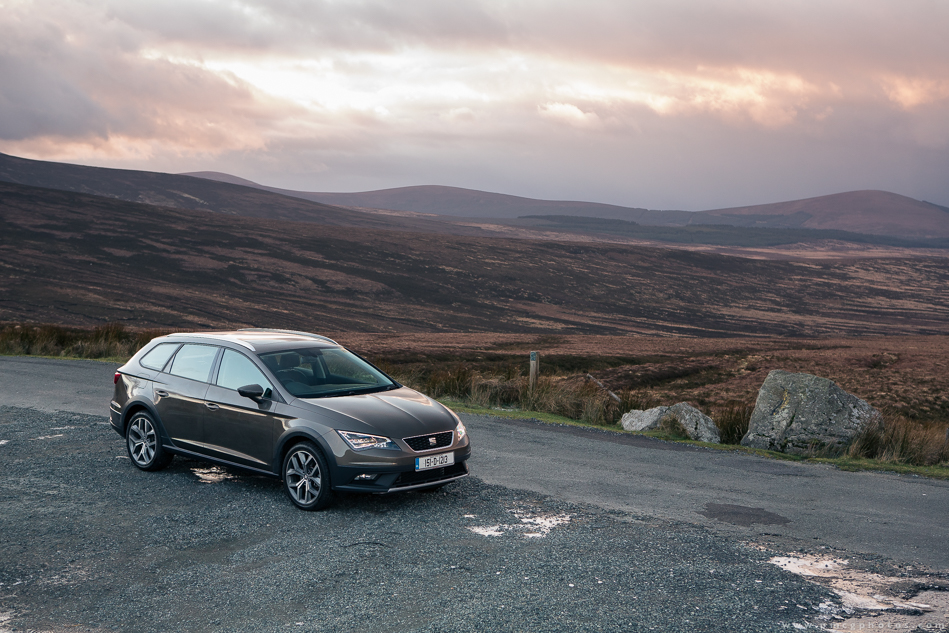 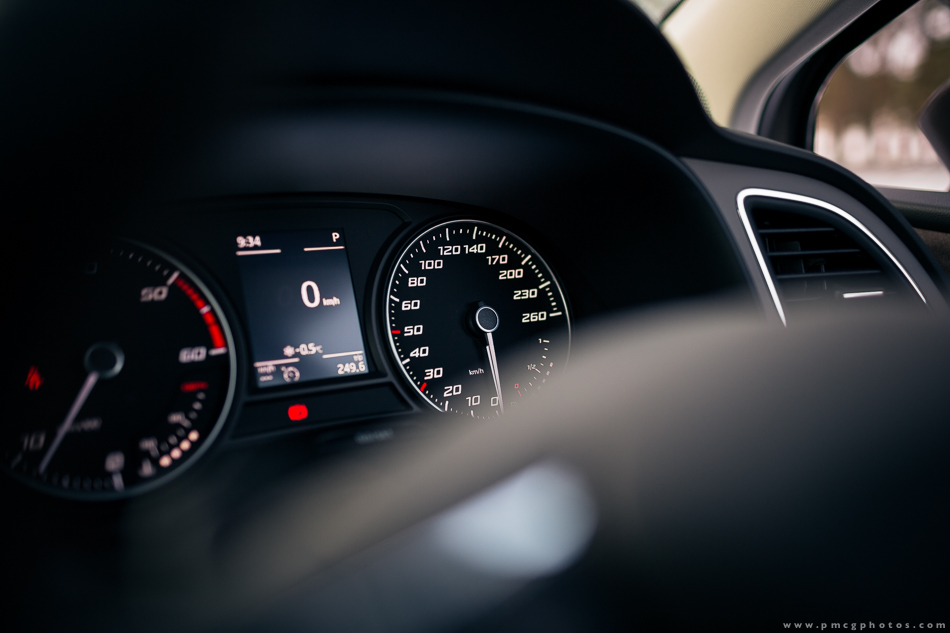 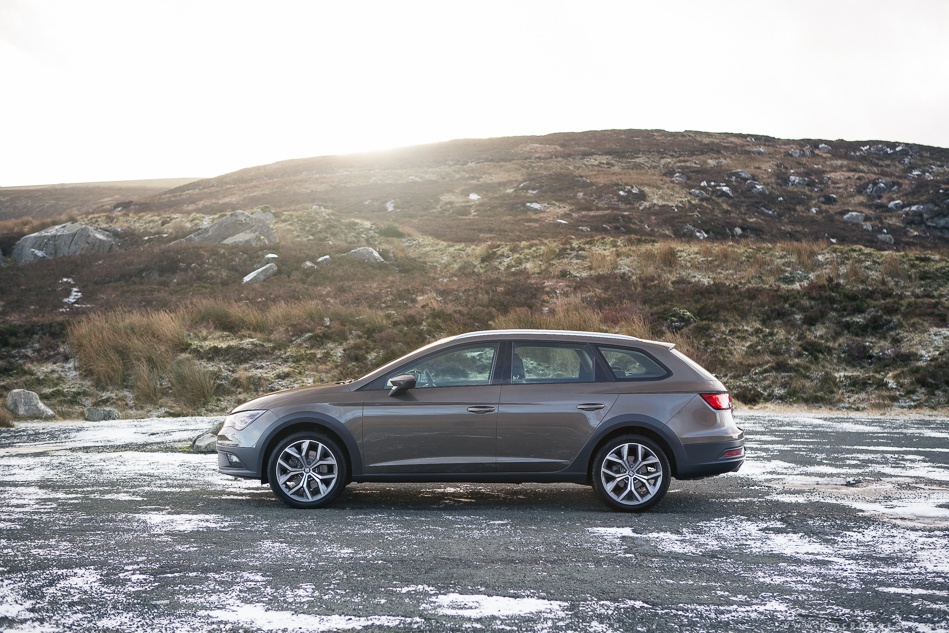 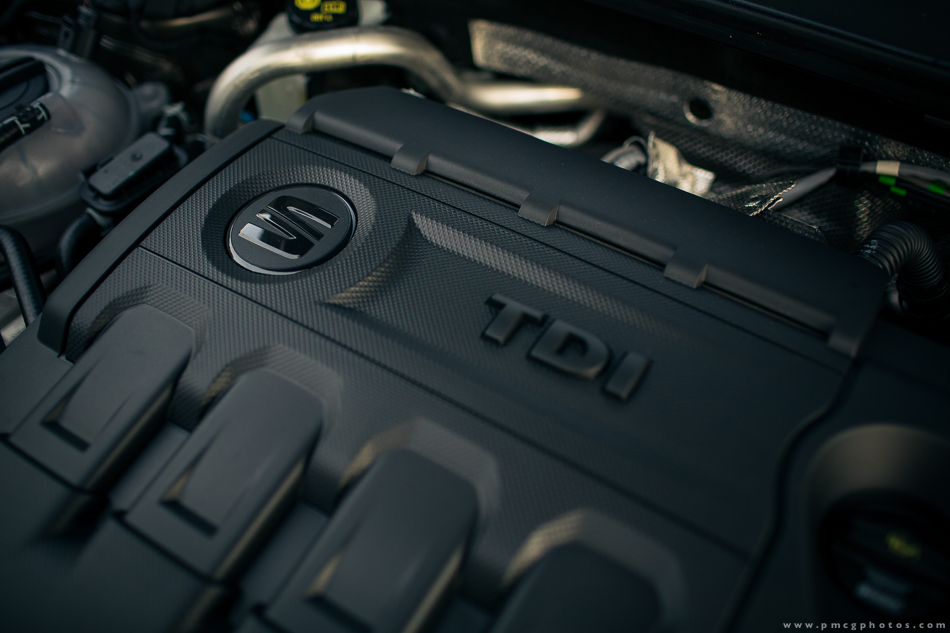 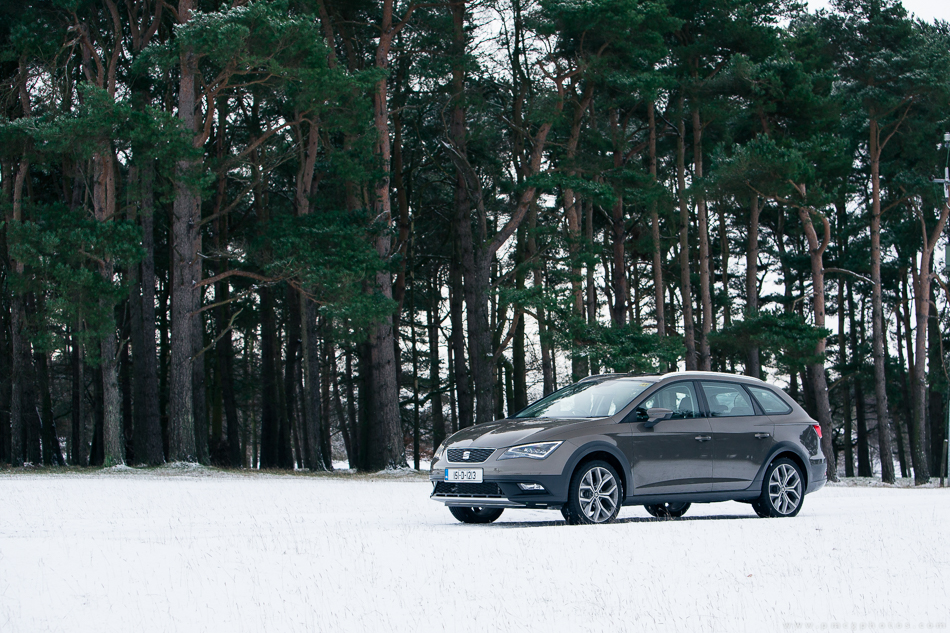 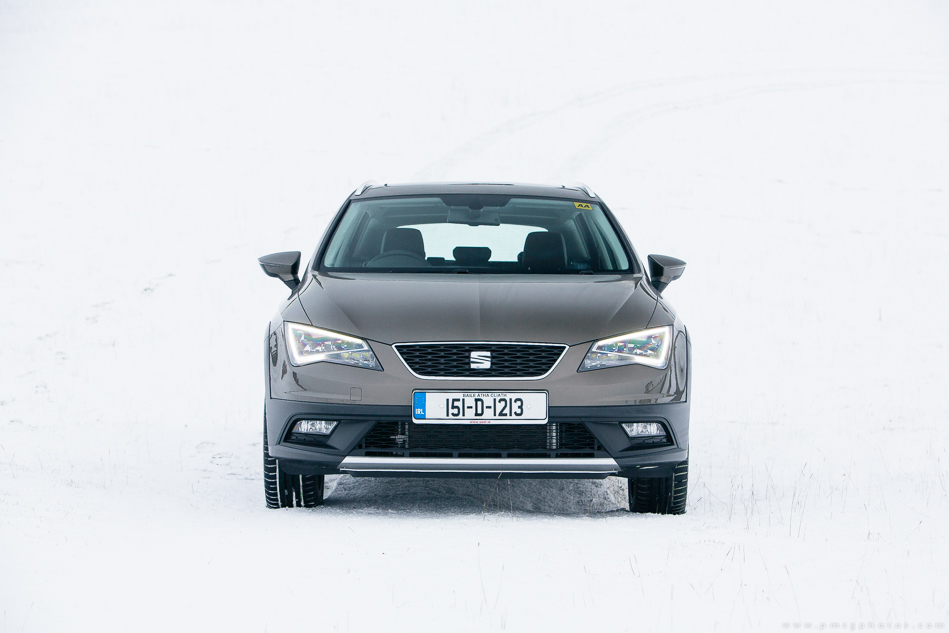