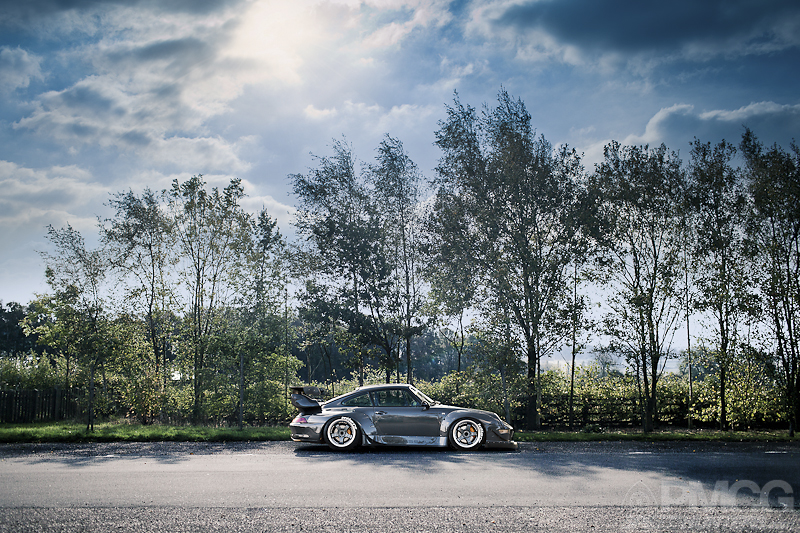 Post processing a digital photograph is one of the most important aspects of modern photography. Sure, you’ll hear plenty people complaining that it’s ‘cheating‘ but you’ll usually also notice the same people can’t tell their arse from their elbow when it comes to editing an image. After all, even traditional film photographs need to be dodged, burned, exposed etc. before they are fit for purpose. I guess it comes down to each individual situation. Personally, if I’m shooting an event I’ll limit my PP work to a minimum in order to ensure I can get my photographs out as soon as possible and also to give a fair and honest reflection of what occurred. I do think it’s wrong to remove / add items to an image which is to be used for traditional journalism purposes. That is cheating in my opinion.

If you’re tasked to create an image fit for advertising or promotional use, then all bets are off. It’s requires a huge amount of thought and vision both during the shoot and through the processing stage. Although I currently don’t shoot a whole lot of commercial work, it’s something I’m interested in. Whenever I have spare time, I usually find myself searching the web for the best contemporary examples of high end commercial photography. I then try and figure out how the image was lit and processed and see if I can replicate it. This is all part of a personal drive to improve my skill set. What I’ve included below is the images which were used in the creation of the above image. It was pretty much an afterthought to use this shot so there are definitely a lot of things I would have changed if I was shooting it again. But what I really wanted to do here was to see just how far I could take this image. The end result is by no means perfect, but it’s a start. More images and text after the jump … 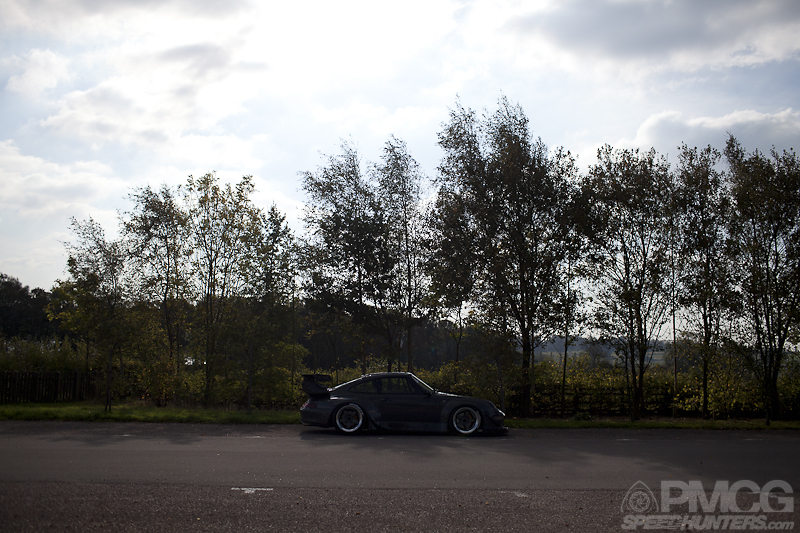 This is the original RAW file as it was shot. As you can see the exposure is pretty much wrong in every area of the image. I was just walking back to my rental car and liked the trees and sky so snapped a quick shot which I then disregarded and continued on with the rest of the shoot. 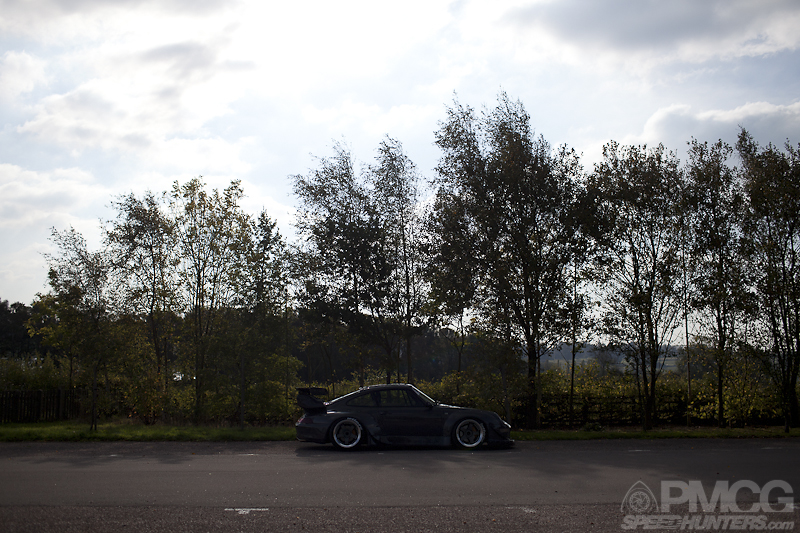 Same as the image above but with some slight cropping and straightening. 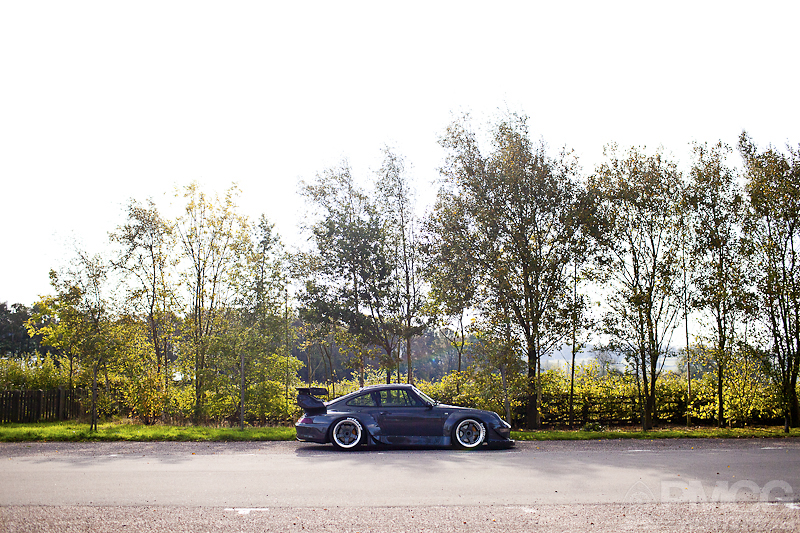 Using the incredible power of the RAW file, I was able to pull this amount of detail from the shadows. 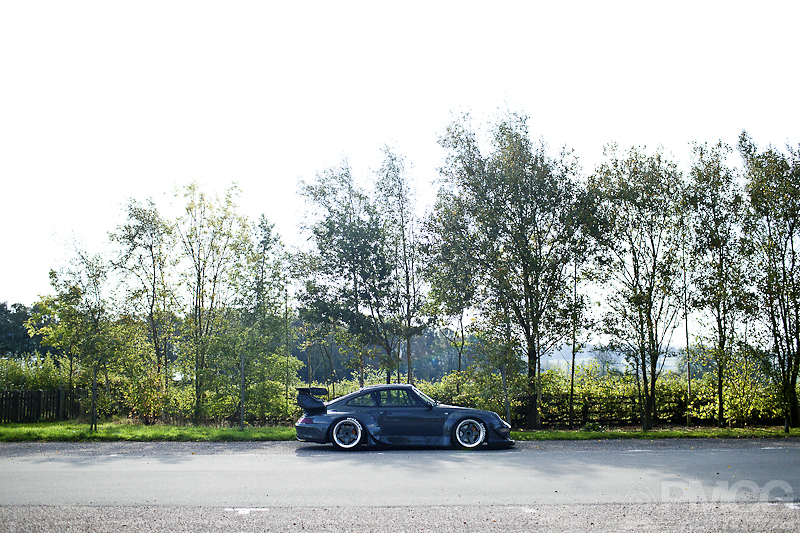 The tones were a bit too warm for what I wanted so I cooled the image off until it was closer to what I had in mind. 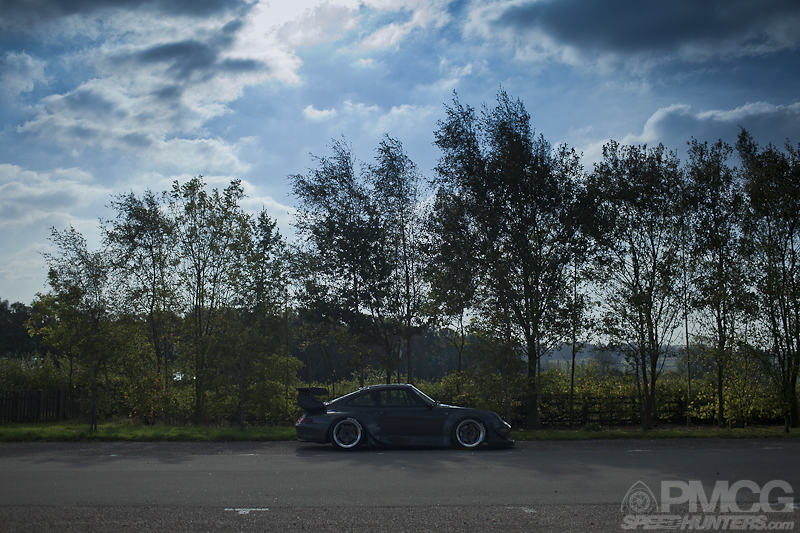 Same image, same RAW file but this time I’m concentrating on the sky. Notice the blown out portion of the sky at the very top of the image, this RAW file was being pushed to its limit and there was no detail here. 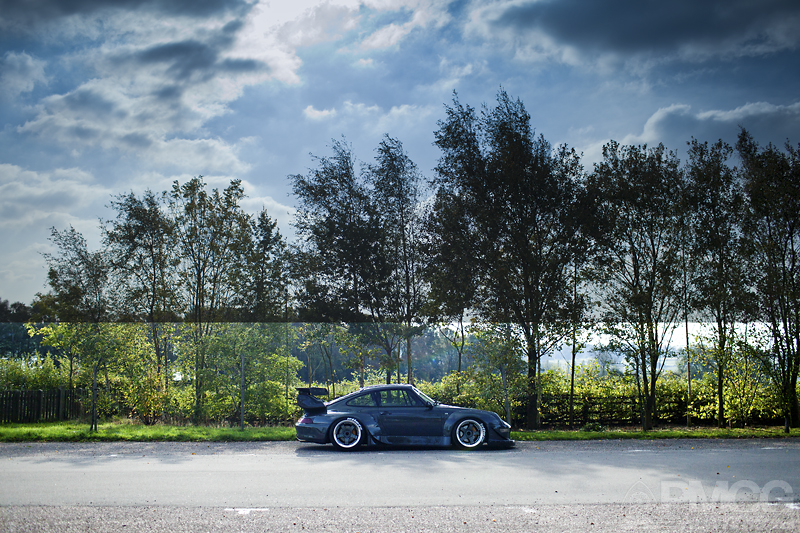 Roughly laying the sky over the improved foreground. 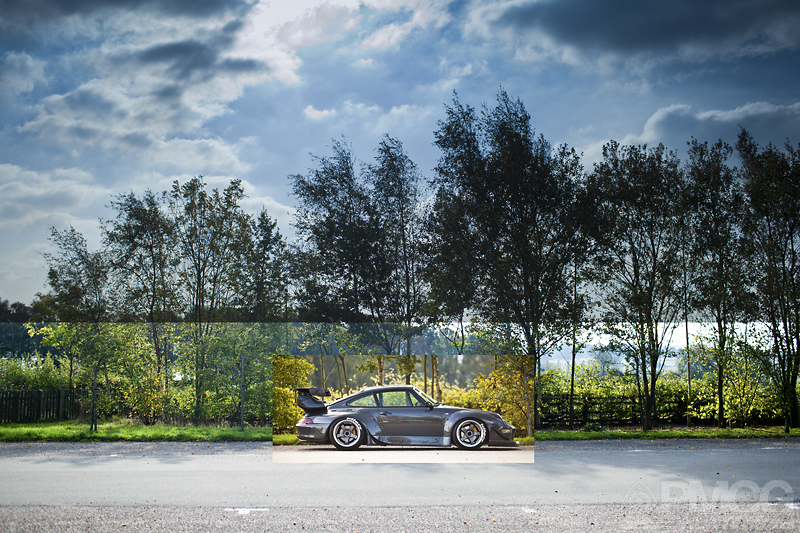 I happened to have a similar shot of the car parked in the same position but which was taken with a longer lens. I wanted to use this for the car as there was too much fuzziness and lack of detail in the original. It’s pretty straight forward to get to this stage and have everything placed accurately before the next stage. 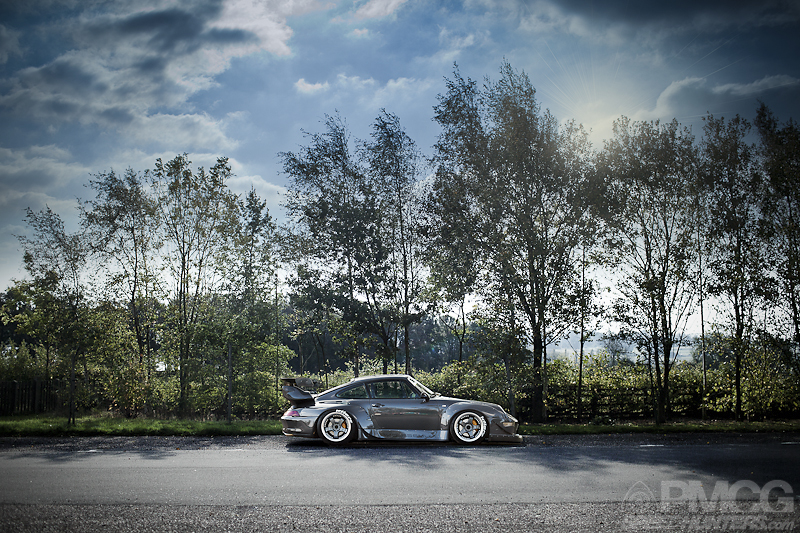 Using layer masks, I first blended the sky into the background as best I could. You’ll notice that at the bottom of the sky, the blue fades to white but I’ll fix that later. Once I had the car correctly masked in, I used some adjustment layers to ensure the car matched its background for contrast and colour. Curves, levels and saturation adjustments were the primary changes made. I wanted to add some sun flare to the image – for no other reason that I wanted to learn how – so I painted in the flare on a blank layer and used the blending modes to try and get it to look right. What’s obvious to me now is that the sun is in the wrong place. I also tidied up the foreground a little bit.

With a little bit of help and advice from my work colleague and friend, Linhbergh, we moved the sun to where it should be – I was even feeling brave enough to add the slightest beam of light escaping from the clouds. I worked the reflections on the side of the car a little bit to remove some distracting objects. I fixed the white in the sky by selecting the highlights (Select > Colour Range > Highlights in Photoshop) and gradually brushing in some blue. I also removed the vignetting which was present in the previous example.

I’m sure I’ll keep tweaking things as it’s far, far from perfect but considering the starting point, I’m pretty proud. This was my first attempt at creating something like this, hopefully I’ll have a lot more to share with you in the future.